Skip to content
Home » Blog » How to Clean Your Garbage Disposal

A putrid smell in your home is often blamed on a trashcan or forgotten leftovers in a fridge. After taking out the trash or cleaning out your fridge, the smell still persists. What gives? You may have a dirty garbage disposal. Over time, grime and sludge can get caught on the blades and the piping, resulting in a building odor. Take back control of your kitchen and follow these tips on how to keep your garbage disposal clean.

Turn Off the Power to Your Garbage Disposal

Horror movies often make light of the dangers surrounding the garbage disposal. While uncommon, garbage disposals do have the ability to cause serious lacerations on fingers and hands, and in worse cases, sever fingers. Reduce the risk by removing the power to your garbage disposal.

Sometimes bones or even small utensils can get caught in your garbage disposal, causing a build-up of old food. Use a flashlight to shine into the drain; see if trapped debris is the cause of the problem. If you spot large objects, use pliers or tongs to safely remove them. Be careful not to damage the grinder when removing the objects. Also, never try to reach into the garbage disposal with your hands. Even if the grinders are not turned on, they are still sharp and can lead to some nasty cuts.

For a soap flush, install the stopper into the sink, add dish soap, and run warm water until it’s 2-4” deep. Remove the stopper and allow the water and soap to drain down the sink. The soap will help dissolve and remove any grime in the drain, and the water will help to flush dislodged objects from the walls of the grinder. Repeat this process two to three times for optimal results.

Before you throw away your old toothbrush, consider using it to scrub down your garbage disposal. Using warm water and dish soap, scrub the blades gently to remove stubborn scum.

A lingering smell could indicate a problem with your pipes, such as a forming clog. You will want to contact the plumbing experts at HEB Plumbing & Sprinkler – Kathlyn Smith to help you remove the clog and avoid a potential disaster. 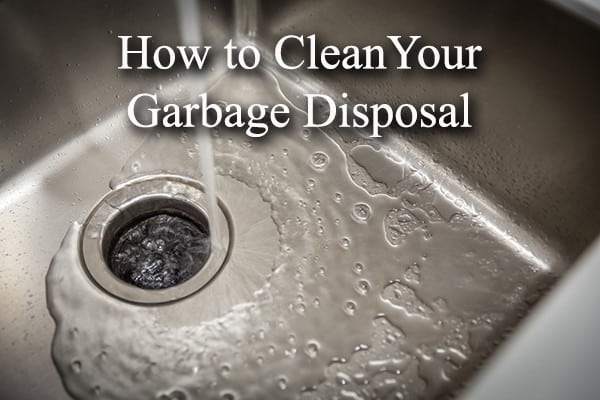 Incredible service and superior staff. Would highly recommend to anyone. Owner even came out to inspect work and meet us.

Prompt, courteous and professional. If your looking for an honest company, this is it. Happy to find a reliable plumber.

Always on time, always professional, and the job is always done correctly and reasonably priced. I have trusted Kathlyn Smith plumbing for many years.