Skip to content
Home » Blog » Live in HEB or Tarrant County? Be Aware of These Common Plumbing Issues

So just what plumbing issues should you be aware of if you live in HEB or Tarrant Counties? Here’s a look at some of the most popular fixes that we’re called on to repair:

Slab leaks are more costly plumbing issues characterized by leaks in the water pipes that lie either underneath a foundation or within the concrete slab that a home was built on. What’s more is that they’re also tough to diagnose due to the hidden nature of the pipes. Some things to look out for to determine whether you have a slab leak on your hands include higher-than-normal water bills, unusual mold growth, humidity issues, damp floorboards, damp carpeting or the sound of running water when faucets and water-using appliances are turned off.

Pipes aren’t meant to last forever, and things like water hammers and freezing pipes (yes, even in Texas pipes aren’t immune to such issues every now and then) can help lead to broken pipes. If a pipe bursts in your home, turn off the main water valve coming into the house to minimize wasted water as well as any possible water damage.

According to the EPA, a faucet dripping at one drip per second can waste about 3,000 gallons of water each year. Remember what we said about more costly utility bills?

When most people think “clogged drains,” they only think about sink and shower drains. In reality, one of the most problematic drains is the sewer or septic line. These run underground and are often susceptible to penetration from tree roots and other debris. You don’t want water or sewage backing up in your home.

Most of the time, homeowners are only aware they have a water heater issue on their hands when it starts leaking or when they aren’t getting hot water. Many times, that’s because sediment has built up over time at the bottom of the tank, essentially rotting it out. The best way to avoid such issues is through preventative maintenance. Consider having your tank flushed each year to remove this harmful sediment build up. It’ll make your hot water tank last longer.

Even with preventative maintenance, some plumbing issues are unavoidable. That’s when it pays to have a good plumber at your disposal. For more information about common plumbing issues to be aware of in HEB and Tarrant Counties, contact us at HEB Plumbing and Sprinkler today. 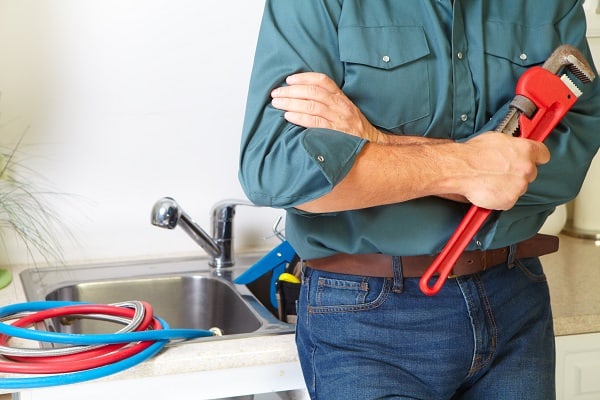 Honest and Direct. Came highly recommended and lived up to the expectation. Thank You!

Kathy and her team are great!